Amazon is undoubtedly the largest e-commerce market platform in the world today. Its success stems from its excellent logistics system of FBA (Fulfillment by Amazon). Through its logistics systems, Amazon has not only cemented the loyalty of its buyers, but also has kept its sellers firm with its marketplace.

AMAZON FULFILLMENT CENTERS IN THE US 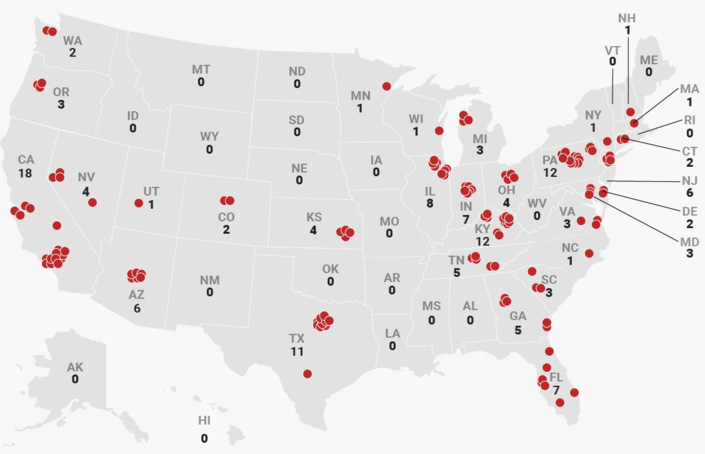 Though Fulfillment by Amazon is a great tool, it does not fit all overseas Amazon Sellers. First of all, the shipments to Amazon FBA not only have to be palletized and labeled to meet the standard, but also have to be dispatched to multiple locations across the U.S. Secondly, FBA services will be limited to those qualified Sellers, the FBA storage price is soaring up after Amazon has changed its policy of service to accommodate the bigger and powerful sellers. In order to fill the gap as described to help more seller to use FBA features, Great Way provides the FBA Prep and Transfer Services such as below: